Catherine may be one of the most desired girls in Wonderland and a favorite of the unmarried King, but her interests lie elsewhere. A talented baker, she wants to open a shop and create delectable pastries. But for her mother, such a goal is unthinkable for a woman who could be a queen.

At a royal ball where Cath is expected to receive the King’s marriage proposal, she meets handsome and mysterious Jest. For the first time, she feels the pull of true attraction. At the risk of offending the King and infuriating her parents, she and Jest enter into a secret courtship.

Cath is determined to choose her own destiny. But in a land thriving with magic, madness, and monsters, fate has other plans.

“It is a dangerous thing to unbelieve something only because it frightens you.”

It literally pains me to say that I’m incredibly disappointed in this book. I had such high hopes considering I loved the Lunar Chronicles by Marissa. This book was just so slow and boring. I wasn’t found of the characters much either. However, I will say the writing was awesome like usual.

I wasn’t expecting this book to be centered around a marriage proposal. I heard something that said this book wasn’t a love story, but it really was. It felt like a love story the whole time I was reading it. I wasn’t expecting Cath to turn out that way she did do to the circumstances. I was expecting her to change into the Queen of Hearts because of a different reason.

I don’t think the characters were at all memorable. The only character I liked was Jest. He was a mysterious and kind character. There was something about him that I loved. Maybe it’s because he was hilarious and brilliant. However, I wasn’t fond of Cath. She was too indecisive and it started to get old. Plus her parents? My god. I wanted to slap them with a frying pan.

Lastly, the writing was fantastic. I could picture the world perfectly as well as those glorious treats Cath was already creating. Marissa Meyer is so good with words. Although this book was disappointing, I’m glad the writing style was still plain brilliant. 🙂

2 thoughts on “Thoughts on Heartless by Marissa Meyer” 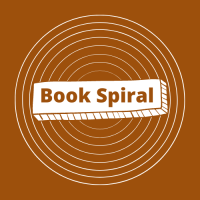