For those closest to me, it’s no surprise that Luna Lovegood is my all time favorite Harry Potter character. Neville definitely comes in a close second. When I get talking to someone about HP, they always ask “who’s your favorite character?”. The answer is easy, “Luna!” But then they ask that dreaded question: “why?” I never knew how to explain why I love her. After much pondering, I’ve come up with a few reasons…

Luna is such a unique character. I honestly don’t know how to explain her personality besides being super quirky. She doesn’t seem to care that much about what people think of her. She wears clothes that make her stand out such has that glorious lions head she wore that one time at a quidditch game! XD

I think she’s a super loyal friend. She always seemed to be there for Harry and the rest of the gang. For example, she was there for Harry when he saw the Thestrals for the first time. She was empathic and explained that she, too, could see them. Or when Harry said that Dumbledore was back… Luna was one of the first people to stand up and tell him she believed he was telling the truth.

She believes in all creatures, much like Hagrid. Even if people call her crazy and laugh at her, she still stands for what she believes in. I think she would have gotten along fantastic with Newt from Fantastic Beasts because I know he’d believe her about all of the creatures she believes in :3

Overall, Luna is fantastic. She’s the kind of friend I want to have. She’s cute and adorable. She’ll be there to support you. She won’t think your views are crazy. She’ll stand up for you. And she’s very bloody smart. ❤

18 thoughts on “Why I love Luna Lovegood ” 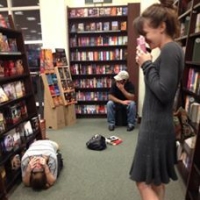 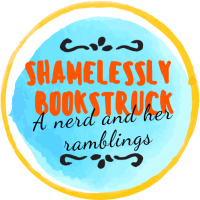