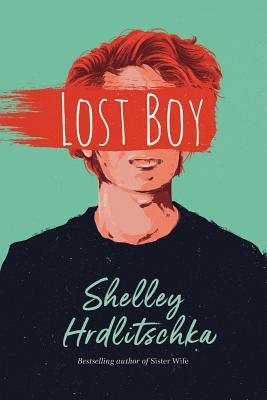 Raised in a polygamous community, Jon starts to question the rules of his faith. After he is caught kissing a girl, he is forced to flee his town and the only life he knows. He finds a community of other Lost Boys, or “polygs,” but is utterly unprepared for life outside his community of Unity. He spirals into a life of numbing booze, drugs and homelessness. When he hits rock bottom, someone from his past enters his new life and helps him find his way.

There were no favorite quotes ):

I’m not…. I’m not sure how I feel about this book. The plot was extremely interesting. I really enjoyed getting a glimpse at what a true polygamy religion looks like. I liked the coming of age aspect when the characters realized they didn’t want to live that life.

At first I wasn’t really into the story but the more I read, the more I started to appreciate the characters. I thought they each had their own personality. The only thing that bothered me was Jon was a pretty hopeful guy in Part One in the book and then his personality drastically changes in Part two. There really wasn’t much of an explanation has to what happened. I was slightly confused.

I thought this book read kind of like classic. It also reminded me of The Giver for some reason. Jon doesn’t know much about school or clothes. Learning about it is almost like learning a foreign language to him. It was pretty interesting seeing how he slowly started to get use to the idea of people wearing shorts and bathing suits out in public.

Overall, I thought it was a pretty decent read. I just wish things between Part one and Part two would have been explained better. And I really enjoyed the ending. The ending gave me all kinds of hope. I don’t think this book is for everyone but it was a fairly fast read!