“Take her out back and finish her off.”

And that she must run

How would you feel if you were kidnapped and about the die without knowing who you are? That’s exactly what is about to happen with our main character. She can’t remember who she is, where she came from, or why she was kidnapped. All she knows is that she must run to safety.

This book starts off right at the beginning of the main characters kidnap. We learned along with the character as she discovered who she was and what she was running from. I really liked our main character (I don’t want to ruin it by telling you her name because it takes a bit to learn it in the book). She was fierce and bold. She was a fighter. I also enjoyed the people she meet along her journey.

My only complain is the ending. I feel like everything happened so fast. Like… I don’t even really know what happened in the ending because it happened really fast. I wish there would have been more of an explanation. Overall, I’m glad I finally got around to reading this 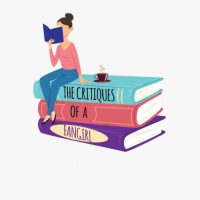 The Critiques of a Fangirl

Head in the Clouds. Heart in a Book. This is my Fangirling Nook.

"Only in books do we learn what’s really going on." Kurt Vonnegut