“I made the wrong choice.”

Lina is spending the summer in Tuscany, but she isn’t in the mood for Italy’s famous sunshine and fairy-tale landscape. She’s only there because it was her mother’s dying wish that she get to know her father. But what kind of father isn’t around for sixteen years? All Lina wants to do is get back home.

But then she is given a journal that her mom had kept when she lived in Italy. Suddenly Lina’s uncovering a magical world of secret romances, art, and hidden bakeries. A world that inspires Lina, along with the ever-so-charming Ren, to follow in her mother’s footsteps and unearth a secret that has been kept for far too long. It’s a secret that will change everything she knew about her mother, her father—and even herself.

People come to Italy for love and gelato, someone tells her, but sometimes they discover much more.

“And why did he have to call me “quiet”? I hated being called quiet. People always said it like it was some kind of deficiency—like just because I didn’t put everything out there right away, I was unfriendly or arrogant. My mom had understood. ‘You may be slow to warm up, but once you do, you light up the whole room’”

This book was freaking adorable. I really enjoyed all of the characters. I don’t know who my favorite would be. Howard was beyond adorable. He was such a fantastic father. He was so sweet and so kind. I also loved the voice of the main character, Lina. She was fun and sassy. She was just a fun character to read about. She reminded me a little bit about myself.

I thought the writing was rich and captivating. It made me feel like I was actually in Italy. It felt like I was there experiencing everything Lina was. I felt like I was traveling without actually leaving my seat. I think that what really makes a book feel magical… when it can take you come place new for awhile.

Although I adored this book, I did have a few problems with it. I enjoyed the mystery of the story but I thought it was a little too predicable. I felt like I was running around in circles with Lina even though I knew how the story was going to end.

And although Lina was in Italy and didn’t understand Italian, it bothered me a little bit that the characters were sometimes talking in Italian, and the book never explained what they were saying. I wanted to know but I didn’t want to put my book down every few minutes just to google phrases.

Overall, I thought it was a fun read. It has a little bit of heavy matter involved but it didn’t take away from the cute fluffy feels I felt while I was reading about Lina’s story. It was the perfect summer book and I’m so happy I started my June TBR with it! 🙂

Hello friends! I’ve acquired a few books in the last few days. I’ll be posting a book haul later about other books I’ve got. These 3 are the most recent and I’m SO excited! 😀 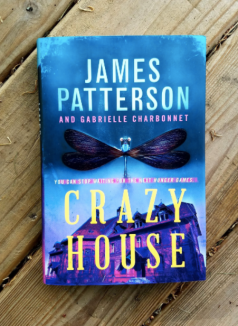 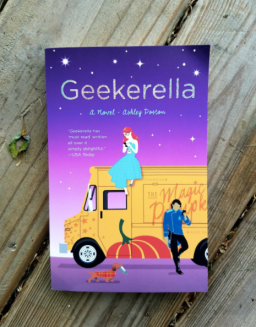 No one gets out alive.

Seventeen-year-old Becca Greenfield was snatched from her home and thrown without reazon into a hellish prison known as the Crazy House. To avoid execution, she’s told to shut her mouth and keep her head down.

Becca was never really good at either.

Her only hope for survival is for her sister, Cassie, to find her—that the “good twin” will stop following the rules and start breaking them, before it’s too late. Because the jailers at Crazy House soon discover they made a mistake that could get both sisters killed…

What To Say Next by Julie Buxbaum//

Two struggling teenagers find an unexpected connection just when they need it most.

Sometimes a new perspective is all that is needed to make sense of the world.

KIT: I don’t know why I decide not to sit with Annie and Violet at lunch. It feels like no one here gets what I’m going through. How could they? I don’t even understand.

DAVID: In the 622 days I’ve attended Mapleview High, Kit Lowell is the first person to sit at my lunch table. I mean, I’ve never once sat with someone until now. “So your dad is dead,” I say to Kit, because this is a fact I’ve recently learned about her.

When an unlikely friendship is sparked between relatively popular Kit Lowell and socially isolated David Drucker, everyone is surprised, most of all Kit and David. Kit appreciates David’s blunt honesty—in fact, she finds it bizarrely refreshing. David welcomes Kit’s attention and her inquisitive nature. When she asks for his help figuring out the how and why of her dad’s tragic car accident, David is all in. But neither of them can predict what they’ll find. Can their friendship survive the truth?

Geek girl Elle Wittimer lives and breathes Starfield, the classic science-fiction series she grew up watching with her late father. So when she sees a cosplay contest for a new Starfield movie, she has to enter. The prize? An invitation to the ExcelsiCon Cosplay Ball and a meet-and-greet with the actor slated to play Federation Prince Carmindor in the reboot. With savings from her gig at the Magic Pumpkin food truck and her dad’s old costume, Elle’s determined to win – unless her stepsisters get there first.

Teen actor Darien Freeman used to live for cons – before he was famous. Now they’re nothing but autographs and awkward meet-and-greets. Playing Carmindor is all he has ever wanted, but Starfield fandom has written him off as just another dumb heartthrob. As ExcelsiCon draws near, Darien feels more and more like a fake – until he meets a girl who shows him otherwise. But when she disappears at midnight, will he ever be able to find her again?

Part-romance, part-love letter to nerd culture, and all totally adorbs, Geekerella is a fairy tale for anyone who believes in the magic of fandom.

I’m currently reading The Revenge of Seven by Pittacus Lore, the 5th book in the Lorien Legacies. If you’re not familiar with this series, it’s about “bad” aliens trying to invade earth and the “good” aliens with super cool powers try to stop them. That sounds so lameeee doesn’t it? I’m horrible at explaining things. However, the series is super badass. The books just keep getting better and better.

The previous book, The Fall of Five, completely destroyed my soul so I had to read the 5th book right after. The characters are super dimensional and freaking hilarious. They’re awkward and cute and adorable and funny and just plain perfect. The characters seem like real people. They feel like my friends, I’m weird, I know. I’m not big into sci-fi but I cannot stop reading the book! 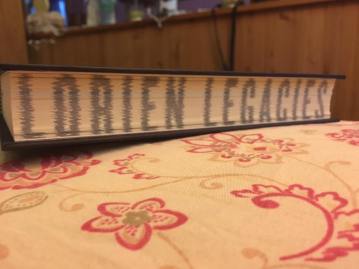 The Revenge of Seven has had me on the edge of my seat since page one. I wish I could read more of it, but alas, work. ):I highly recommend the series because THOSE PLOT TWIST MAN. HOLY SHIT. SO BRILLIANT. Okay I’m done. Have you read this series? Did you enjoy it?